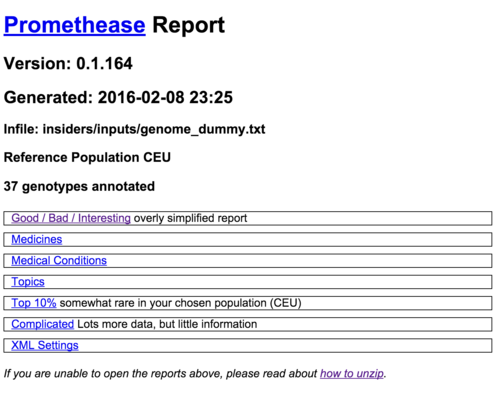 Promethease began with a single report, and gradually several more report types were added. Eventually 'UI version 2' (often called UI2) was created as an interactive report. Over time the features of most other reports were added to UI2. In Feb 2016 paid promethease reports removed most of these obsoleted reports to save space and avoid confusion.

You can see some of these sections at the right

All of this functionality and MUCH more can be had from the UI2 control panel. 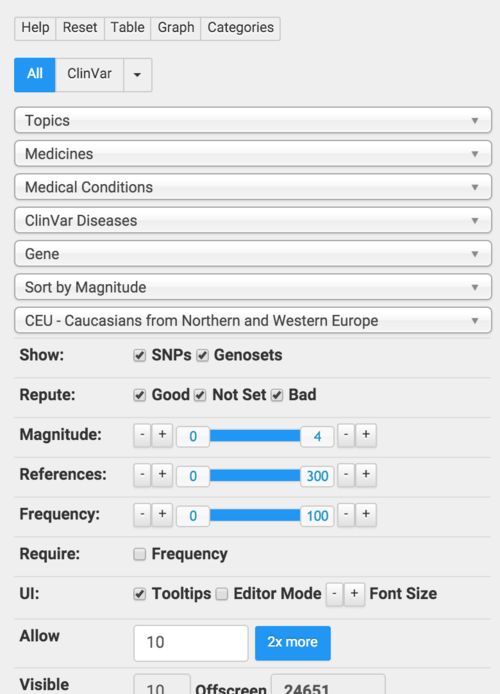 This has the benefit that you can also apply other filters, like asking only for 'Good' information which is in ClinVar or has more than 3 published references.